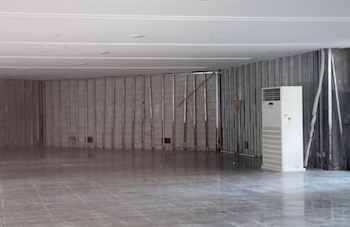 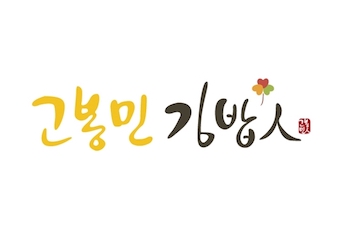 Ewha Sarang Kimbap, the small eatery that used to sell its signature tuna mayonnaise kimbap at the heart of the campus in EwhaPOSCO Building, closed on Jan. 17. Opened in 2002, the cafeteria was beloved by Ewha students for the significant quantity of tuna in its kimbap and its portability, which enabled students to have a quick and full meal during busy school semesters. However, the drastic drop in quality, including the decreased amount of tuna, increased price, and poor service from its staff members, led students to boycott Ewha Sarang Gimbap. Although the boycott intended to deliver students’ demands to fix the problems, the business instead chose to leave the campus for good. Ewha Sarang Kimbap was long considered as one of the landmarks of Ewha Womans University. Graduates of Ewha reveal that they miss Ewha Sarang Kimbap and claim to have visited the POSCO Building years after to taste the comfort food that used to make up a large part of their campus life. Moreover, many freshmen over the years were already familiar with Ewha Sarang Kimbap when they first entered into the school because the business was also well known to the general public. However, since 2014, the quantity of tuna in the kimbap decreased noticeably, leading to growing dissatisfaction among the students. Since it was popular for being a cheap and good quality meal before, the changes led students to stage a boycott. In 2017, before the spring semester started, students collected their opinions on Everytime, an anonymous online student community platform, about boycotting the cafeteria. The main reason for the boycott was the decreased quality of the food and poor service. As students revealed their personal experiences, such as getting kicked out of the Ewha Sarang’s lounge for eating a small piece of bread brought from outside, students’ longaccumulated frustration exploded. Anonymous students advertised the boycott by putting up posters on campus. The original plan was to boycott for three days starting on March 27, but students continued to voluntarily participate until the problems were fixed. Some posted alternative cheap convenient meals to replace Ewha Sarang Kimbap on online communities to encourage more students to join. “Since I was a freshman in 2017, I did not know what Ewha Sarang Kimbap was like before when they were regarded to be the specialty of Ewha,” commented Kim Soo-yeon, one of the students who participated in boycotting the business. “However, after I read posts on Everytime about how the staff there treated our students, I felt like I should participate in the boycott.” After the year-long boycott, Ewha Sarang Kimbap could not stand the decline in its sales and closed its door. Now the place is expected to be replaced by another kimbap store, Kobongmin Gimbabin. “ K o b o n g m i n G i m b a b i n , a famous kimbap franchise store, will be replacing Ewha Sarang Kimbap starting on this new semester,” revealed Purchasing in charge of the business. “Our team expects that this new place will offer good service for our students.” Ewha students hope the eatery that replaces Ewha Sarang Kimbap will appreciate students’ opinions and offer cheap and good quality food.