In recent years, university campuses have dominated the top ranks of energy-consuming buildings that use more than 2,000 Ton of Oil Equivalent (TOE) a year. Among energy-consuming businesses in Seodaemun-gu, Yonsei University and Ewha Womans University were ranked second and third highest in energy consumption respectively. Acknowledging the responsibility Seodaemu-gu has regarding energy problems, the district devised a project entitled Making Green Campuses in Seodaemun.

The project monitors the greenhouse gas emissions on university campuses and seeks solutions for reduction. The project started in May and is expected to be completed in December. It is led by the Sunshine Group, which is affiliated with the Seodaemun Governance’s Climate and Environment Division and is composed of university students. Along with 14 members from Sunshine Group, students from related clubs in Ewha and Yonsei are also taking part.

“As a student of the field, I usually take an academic approach when exploring climate and energy,” Lee said. “However, to cope with climate change problems, it is essential to combine practical action with theoretical approaches. My club members and I joined to develop responses to climate change that can be implemented in universities and to spread awareness.”

In order to delve deeper into the project, Ewha Voice interviewed the general manager of the project, Kim Ji-hoo. Kim works as a public relations activist in the Sunshine Group and is the secretary general of Korea Youth Platform on SDGs, Thinkerbell SDGs.

“Based on the evaluation criteria of the green campus, Ewha is currently lacking in several ways,” Kim said. “There is no data from the school to check whether eco-friendly products and carbon-certified products are being purchased, whether guidelines for purchasing local and organic agricultural products exist, or whether vegetarian and organic menus are provided in the student cafeteria.”

He added that despite shuttle buses operating regularly at Ewha, no measure has been implemented to reduce greenhouse gas emissions. Moreover, there is no information on whether faculty members received specialized education on climate change.

To complement these flaws, the project commenced with the creation of two main groups: an investigation team and a public relations team. First, the investigation team conducted research on the background and purposes of making green campuses in Seodaemun-gu and monitored the campuses. Afterwards, the team searched for feasible solutions by investigating the best cases of energy-saving in green campuses overseas.

Another possible solution is to monitor the reduction of energy, carbon dioxide, waste, and water usage for each building through the involvement of the Energy Saving Company (ESCO) and provide incentives for reduction. Lastly, they suggest compensating students in the form of scholarships when the school’s energy use decreases compared to previous data.

As for solutions specifically applicable to Ewha, six have been brought up. These include operating a Student Energy Monitoring Watchdog and adopting an electric shuttle bus on campus. They also proposed making the installation of energy-saving programs such as Green Touch on computers in administrative rooms, offices, and lecture rooms as well as adopting remote control systems to minimize standby power.

Based on the investigation team’s proposed solutions, the public relations team circulated a survey through Nov. 1 among students at Ewha and Yonsei, asking for their preferred solutions. Although Kim replied that the results of the vote are still being aggregated, he stated that the solution with the largest number of votes will be put before the Seodaemun-gu Office and applied to both universities.

Emphasizing that climate change is a matter that concerns everyone, Kim directed his last remarks especially towards the youth.

“The future of the youth should be created by young people themselves,” Kim said. “While living in a climate crisis, young people must take the lead in solving problems by starting to change the place they stand on: their campus. Pay attention and cooperate in transforming your campus into a green campus.” 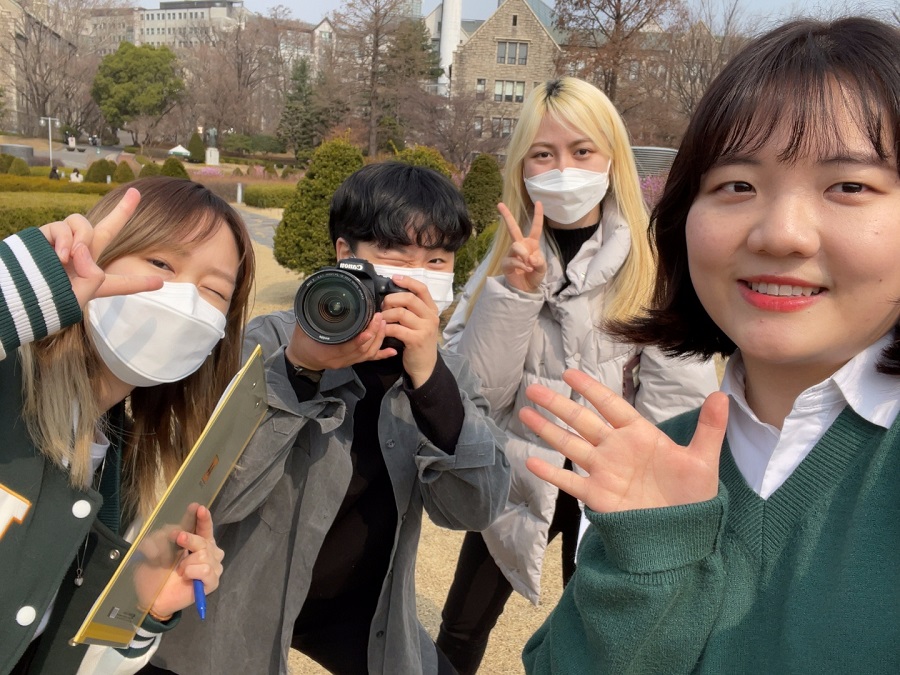